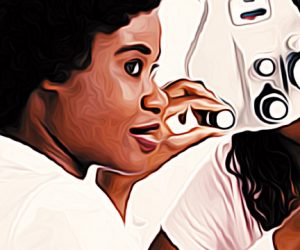 My son has recently started primary school. After two years of kindergarten, he was so excited to finally become a ‘big boy’ at school, and eagerly dons his uniform every morning. His teachers tell me he’s already made lots of friends, and I’m pleased to report that he seems to be one of the smartest kids in the class. However, I’ve noticed something a little bit odd. When my son is reading or completing his homework, he squints at the page, and occasionally moves closer to the paper as though he can’t see it properly otherwise. My husband and I decided to book him in at an optometrist servicing the Bayside area. We were lucky to get an appointment straight away, as I wouldn’t want my son’s impaired vision to negatively affect his schoolwork.

The eye clinic was modern, with light and airy spaces, and was staffed by a number of pediatric eye doctors. We didn’t realise this when we booked, but apparently, this optometrist was specifically designed for children. It’s an advantage in our books – my son needs specialised care for his little eyes! We were greeted at the door by a woman who announced herself as my child’s optometrist. She had graduated from the local university and had many years of experience. The optometrist led us to a room with various imposing-looking metal instruments, as well as a large board with letters and symbols that decreased in size as they descended. These are only a few examples of the tests performed by the optometrist – she was very thorough! It turned out that my child needed glasses. As his eyes are only beginning to cause problems, he didn’t need an extremely strong lens, and it’s unlikely we will have to book another appointment within the next year. We helped him pick out his glasses (he chose frames that resembled Hairy Porter’s). He’s excited to bring them to school next week to show all his friends!