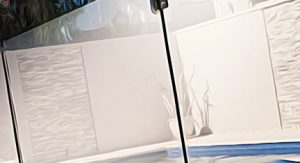 I used to love Halloween as a kid. Every year, I’d count down the days until it was like other kids would with Christmas. Even though I grew up in Australia, where Halloween isn’t really a thing, I could never contain my excitement. Oh, how I longed to be in America, where Halloween is one of the biggest days of the year. But I got by. People would give me random things out of their cupboards or even cash out of pity, for all the effort I put in for (what they assumed) was little reward.

These days, though, I can’t say I’m a big fan of Halloween. You know why? It’s those dang kids. It all started a few years back when they showed up at my house, asking for treats. Unfortunately, my pantry had just been invaded by rats, so all the food I’d bought was no good. The kids didn’t believe me, and they decided to make my life a nightmare. I still can’t believe what they did next. The little punks started throwing rocks at my glass balustrade until it broke! The next day, I was on the phone with a glass repair business from Melbourne. I got my balustrade fixed and forgot about the whole thing.

The next year though, oh, things only got worse. Would you believe me if I told you I had to get glass balustrade repairs close to Melbourne again? That year, the kids didn’t even bother knocking on my door. They had already decided that I needed to be punished again for my failure to deliver the previous year. And wouldn’t you know it, every year since they’ve been doing the same thing. Even if I put all the sweets outside for them, they still destroy my glass balustrade without mercy. I don’t understand what is going on. Where are their parents?

So yeah, that’s why I kind of hate Halloween now.