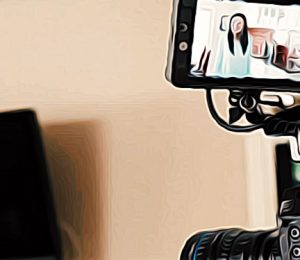 Kyle the rat king ruled the sewers of Melbourne with an iron fist. He had to – after all, rats were not as trustworthy as mice, and the culture of the sewers reflected that. This morning, Kyle was torn from his dream by his assistant, who shook him awake with a grim face. There had been a scuffle in the east overnight, and a tunnel had caved in. This just wouldn’t do. An embassy from the Canberra cockroaches was due in the next month, and the rats had to make a good impression or risk losing the already tenuous alliance. He knew what he had to do next: make a propaganda video.

Kyle asked his assistant to search for a video production company offering services near Melbourne. There were many to choose from, but as a king with enormous funds, Kyle ended up choosing the one that was staffed by the most qualified creatives – rats who were experts in their field. Kyle had the video idea and the video creators. Now all he needed was the video talent. He ordered his graphic designer to print some job advertisement posters and stick them around the sewers in the hopes that eager rats would jump at the opportunity to be featured in a promotional video. Two days later, however, the posters still had no bites. What could Kyle do now?

He mulled over the issue for several hours when it came to him: animation! Kyle would hire the best 2D animation company in the area and order them to create his promotional video. Now, he no longer needed thousands of rat subjects who refused to participate. Everything would be done through skilled drawings and art, and the rats would bow to him anyway! Smiling, Kyle scurried off to his first meeting to talk to the production company about filming. He was very excited and he couldn’t wait to get started.