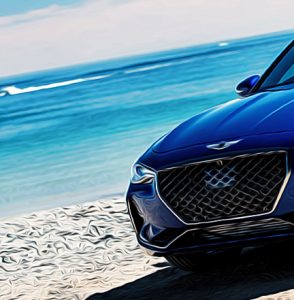 Does anyone else have extremely vivid dreams? I’m talking about the types of dreams that you can hear, see and feel really clearly. The dreams that you wake up from and have to question for a moment whether or not it was actually a dream or if it was a memory from real life that has popped into your head. The weight of some dreams is extremely hard. I’ve had dreams about people where I have fallen in love with someone I’ve never met before. The people in those sorts of dreams always seem like they’re the perfect person. I wake up missing them, feeling heavy with a feeling of longing. Of course, I know it sounds ridiculous. How can we miss someone we’ve never met before? How can we feel so attached to them? Apparently, it’s possible. I hate those sorts of dreams.

I recently had a similar dream about my car. Although I will admit that this dream was more on the silly side of things. I had a dream that I was driving my car back from my friend’s house and suddenly the car had a whole mind of its own. I couldn’t control it. For some reason, it kept trying to get me to take my car to an auto repair workshop in Malvern. How bizarre is that? There was nothing even wrong with the car, aside from the fact that it had a mind of its own and was trying to drive itself places. As the dream continued things got more and more manic. The car started driving dangerously and was weaving itself in and out of traffic. Eventually, it crashed. I came home with a car that was totalled and had to explain it to my parents in my dream.

This all felt so real when I woke up. I felt as if I had to take my car for a car service. Armadale was a key area in the dream too. This was where I was zipping and weaving through all the cars. I’ll be totally honest, I’m a bit nervous to drive now!