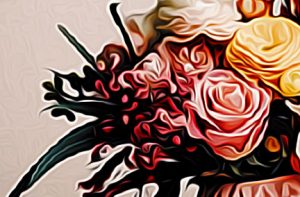 It’s my best friend’s late dad’s birthday on the day after Valentine’s Day. I feel so deeply for her. It’s going to be such a hard day because it’s his first birthday since he passed away. She’s already significantly struggling with the loss of her father which was less than six months ago and now to have to celebrate/commemorate his birthday right in the middle of her grief would be horrible.

I also feel guilty because I was always planning on buying her flowers on her dad’s birthday and then I found out it’s February 15th. I feel bad because my first thought was that I’ll be able to purchase cheaper and leftover Valentine’s Day flowers. Local to Mount Waverley there are plenty of florists that I can visit, so it won’t be hard for me to find flowers that are discounted because they didn’t sell on Valentine’s Day. How bad is that? I feel so bad that my first thought when I found out the date of her late father’s birthday was that I was happy because it would mean cheaper flowers. What kind of monster am I?

I want to get her some really pretty flowers to try and brighten up her day. Maybe a chrysanthemum bouquet would be the way to go? I’ll have to ask my housemates what they think. It was my idea to get my friend flowers but I didn’t want my housemates to feel like I had excluded them or purposely tried to make them look bad. That’s why I made sure to give them the option to put in for the flowers if they decided they wanted to do so. They both wanted to, which makes getting flowers for my friend even cheaper.

I know that receiving flowers is never going to bring her dad back but I hope it puts a slight smile on her face, even if just for a second.