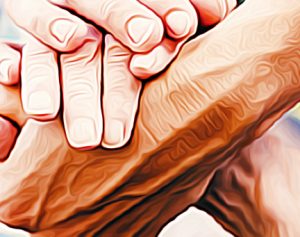 I’m fifteen and I have to start choosing subjects for senior school next year. They say that the subjects you pick should directly reflect what you want to do in the future… but I don’t know what I want to do in the future. In fact, I actually have no idea. It’s really hard for me to choose subjects for school when the one thing that I MIGHT want to do which is to become a disability support worker doesn’t even have any relevant subjects at my school. Pretty much the only electives I can choose are, like, geography, extra maths, literature, food tech, textiles or P.E. How are any of these subjects going to help me potentially become a support worker?

I’m obviously still not sure if I want to be a support worker because I’m fifteen and I don’t even know what I want to eat for dinner, but I think it could be good. I like helping people and at school, we did this ‘career test’ which told me I have the characteristics to look after people and that those skills could be transferable to support work. That’s where I got the idea from.

I’ve been trying to talk to my parents about my subjects and potential career. They want me to stick to more conservative career paths, which means doing all those subjects that I listed above. My dad even mentioned that maybe I could be an accountant – no thanks. I would choose to be a part of community nursing in the Adelaide CBD over being an accountant in the Adelaide CBD any day. Actually, it doesn’t even matter where both these jobs would be located; there’s no way I will ever be an accountant.

My parents have also suggested that if I want to get into healthcare I should aim high and study to be a doctor. I wouldn’t mind doing that but it’s not really the vibe I’m going for. I want to be more hands-on and help those who need it.