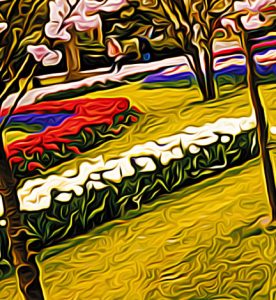 I was out on my balcony watering the plants when I saw it in the sky. It was the largest piece of rock I had ever seen, hurtling toward Earth at the speed of sound or something else that is very fast. My first thought was to protect my roses, so I gathered up all the pots on my balcony and rushed inside. Of course, once I put them down in my kitchen, I realised that they would likely also be obliterated by the fireball of destruction heading our way regardless of where they were placed. So that was kind of pointless. But then an idea struck me like a brick to the head. What if I took all the roses down to my underground bunker? Would they possibly survive the oncoming disaster that way? See, I’d been raising these roses ever since I decided to buy seeds online many moons ago. I wasn’t going to let them be destroyed so easily.

Quickly, I rushed outside to gather my wheelbarrow, so that I could more easily carry my many roses down into the bunker. That was when I realised that I didn’t just have the roses in my kitchen to save. I had some pretty nice patio roses that would be obliterated by the oncoming disaster. So, I changed my focus and tried to save the patio roses as quickly as possible. Once I had them all secured within my wheelbarrow, I returned inside and grabbed the other roses I had put in the kitchen. From there, it was just a simple trip down to the bunker.

And you’ll never guess what happened on the way. Of course, I totally didn’t think about the stairs. The wheelbarrow tipped on its side, spilling all my roses onto the ground. Now the bottom of my stairs is covered in broken pots, dirt and flowers. Well, at least the meteor will end my miserable existence soon enough.