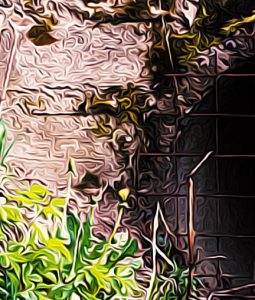 By the time Maphira returned to the rest of the squad, they had already arrived at the heavily armoured doors that would lead into the solar facility. Vai stood at the keypad, entering code after code to no avail. The documents they had taken from this place didn’t mention what the code was, but they did explain that the door was a simple one that wasn’t linked to any interior security systems. Thus, they could try as many times as they wanted.

“I just can’t get this right,” Vai said, sweat dripping down the sides of her head. “I’ve tried all the solar combinations I could think of, to no avail. Heck, I’ve even tried some passcodes relating to being a drain plumber, since we’re in the sewers, but absolutely nothing is working.”

“That’s a shame.” Maphira leaned against the door and crossed her arms. “We’ll just have to keep trying.”

There was no way she’d go crawling back to Rylee. Not after everything that had happened between them. She didn’t deserve to taste that satisfaction. Maphira would not grovel at her younger sister’s expensive boots.

Vai tested another code and cursed under her breath. “We really should have thought this through. Just because the topside codes were as predictable as the moon phases, that didn’t mean this one would be simple. How are we going to get in?”

“I don’t know,” Maphira admitted. “Have you tried ‘drain plumber near Oakleigh looking for love’?”

Giving it a go, Vai shook her head as the panel buzzed negative. “There must be another way.”

Maphira gave only a frustrated humph.

“What is it Mai?” Vai said, narrowing her eyes at her partner.

Vai cocked her head, a disappointed glare travelling across the space between them. “You know something. Spill it.”

Maphira groaned, dreading what would come next. “Rylee knows the code.”

Although she hated to admit the truth, Vai’s shock almost made it worthwhile. “Your sister is here?” Vai pointed across the sewer. “Well, what are you waiting for? Go get her.”