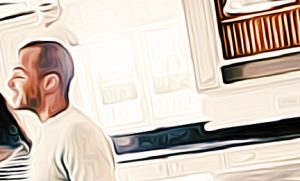 My four friends and I are moving out of home for the first time in January. I am truly so excited, but I am also a bit nervous. It just feels like we have so much to do which is a bit daunting. Even after we find a house or apartment (we’re currently looking into buying an apartment in this new residential development in the Western Suburbs), we have so much to do. We have to buy furniture, set up all our bills and figure out how to be adults pretty much from now on. As soon as we made the decision to move out last week we had to commit to being grown up. I don’t feel grown up which is stressing me out.

To help us with actually getting a house (seeing as we can’t actually move out until we have one), we’ve decided to work with a buyer’s advocacy company in the Melbourne area. We figured that choosing a buyer’s advocate who is in the city is the smartest decision because they would have a good idea of all the areas surrounding the city. We wouldn’t want to pigeonhole ourselves into one area of the Melbourne suburbs just because we chose a buyer’s advocate from that area. I think that decision was quite smart and shows that we are ready to be adults now that the time has come.

The four of us are really lucky because we seem to agree on everything. From a home (or apartment) we want:

Our buyer’s advocate agreed that these are all really good prerequisites to have. She’s even started finding houses and apartments that have these requirements for us. She also discussed our needs with a fellow buyer’s agent. Elsternwick is apparently a prime location for us based on our requirements. She also said that the large development in the Western Suburbs would be good, but she thinks we’d be better off in a home rather than an apartment.