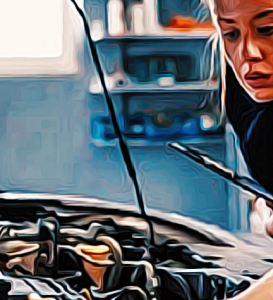 The Bass Strunnel was a breathtaking feat of human architecture and technological achievement. Cosmo looked out the window, intense feelings of awe shaking through him. They drove through a glass tunnel along the seafloor, revealing the incredible life beyond its transparent barrier. Dolphins, sharks, crabs crawling along the sand, coral everywhere. An underwater tapestry woven of a thousand breathtaking colours.

So mesmerised was Cosmo, that when the motorcycle drove beside their limo, he barely paid it any mind. And then the woman on the bike pulled something from her bag, flicked a switch, and tossed it onto the vehicle.

It started with the screech of metal as the device burst, sending the limo barrelling on its side. Cosmo barely managed to retain consciousness as he was thrown about the tumbling vehicle.

Through his ringing ears, he thought he could just make out words from Tyrone. “Get to the Brighton tyre and auto workshop,” he thought the man might have said.

The limo continued rolling along the Strunnel, Cosmo, Tyrone and Perd flying about with it. When eventually the vehicle came to a stop—upside down—Cosmo took a moment to clear his head and make sense of the scene before him.

Perd lay in an awkward position, eyes closed. Was he still alive? Cosmo couldn’t be sure… Tyrone was still breathing, although he had some sort of red, sticky liquid streaming down his head.

“Auto electrical near Brighton…” Tyrone muttered. “Get to the tyre and auto service there if it’s the last thing you do!” He collapsed against the door, keeping his eyes on Cosmo. “Go!”

The command was fierce enough that Comso didn’t question it. He wanted to make sure Perd and Tyrone were okay, but something big was happening here. This had to be bigger than either of them.

He shoved open the limo door on his side and climbed out. Cosmo turned and ran for the other end of the Strunnel, away from the woman, toward whatever destiny awaited him at the car mechanic in Brighton.